WASHINGTON: Army Secretary Christine Wormuth believes the Army will “have to look really carefully” at the core of the service’s modernization plans — known as the 31+4 programs — as it builds the fiscal 2023 budget, an acknowledgement of “hard choices” to come for the service.

“This is clearly going to be a case where cost, performance, schedule, those are all things that we’re going to look at as we think about hard choices,” Wormuth said Wednesday at the Defense News Conference. “We’re going to think about, you know, what are we seeing with our prototypes — which ones are playing out. What are we seeing in terms of thinking about how, you know, are these programs affordable at scale.”

The 35 initiatives range from hypersonic missiles to tactical networks to targeting goggles. All are deemed essential to future Joint All-Domain Operations, as well as the Army’s future. (The 31+4 moniker reflects the fact 31 are managed by Army Futures Command and four by the Rapid Capabilities & Critical Technologies Office).

“There are definitely, I think, going to be more tough choices ahead. But we’re also looking, you know, we’re trying to find savings wherever we responsibly can and also try to be innovative in terms of how we’re managing the many demands on our budget,” Wormuth added.

Her comments come as the services grapple with developing the first full plan under President Joe Biden, one that Gen. Mark Milley, chairman of the Joint Chiefs and an Army officer, predicted before Biden took the oath of office would result in “a lot of bloodletting and a lot of stuff left on the floor.” 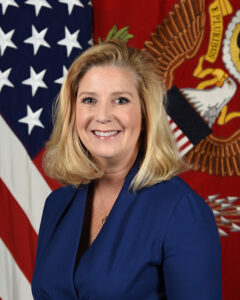 “So, look, I’m an Army guy,” Milley said at the time. “And I love the Army…but the fundamental defense of the United States, and the ability to project power forward [are] going to be naval and air and space power.”

Just where to cut, however, is the big question. In May, Army Chief of Staff Gen. James McConville stated that “There’s no more fruit in that tree,”  a sign the service feels it has been tapped out already.

One of the most interesting bits of Wednesday’s conversation involved an unlikely topic — Army personnel management. According to McConville, who was also speaking at the event, the service will stand up a new personnel system by the end of this year that presents information on 25 variables — up from two — about soldiers.

“We realized as we went through Project Convergence, we need soldiers that could go out in the field to code at the edge, to keep up with artificial intelligence and run the algorithms we need,” the service chief said.

The Army tried reaching out for help and found someone coded a medic “who codes at the PhD level,” McConville said. “We had another soldier who was a baker who has no formal training but codes at the level … Another was an automotive mechanic. We have tremendous talent here, I mean, we have to be able to see it.”

The new system will allow the Army to “look across the entire force” and move from its current “Industrial Age system where everyone’s treated the same, to actually manage people’s talents,” the chief said.