This is the latest in a series of regular columns by Robbin Laird, where he will tackle current defense issues through the lens of more than 45 years of defense expertise in both the US and abroad. The goal of these columns: to look back at how questions and perspectives of the past should inform decisions being made today.

When I went to Columbia University for my PhD starting in 1969, one of the nation’s leading Russian centers was part of my graduate education. There I took classes under Marshal Shulman and Seweryn Bialer, and became a graduate assistant for Zbig Brzezinski. After my graduation, I then worked at Brzezinski’s Research Institute on International Change, alongside many of the world’s leading experts on Europe and Russia.

When I then entered the US government in 1980 as a Soviet expert, I had a chance to work with a wide range of serving military officers who were very knowledgeable about the Soviet Union. The same was true at the Center for Naval Analysis and the Institute for Defense Analysis, where we brought in European experts in government to discuss their first-hand knowledge about Soviet leaders to share their judgements on what was going on in Soviet policy and how best to handle the Soviet challenges.

Unfortunately, the US military’s broad Russian expertise has drained away over the years, thanks to the end of the Cold War, the focus on counter-terrorism in the Middle East, and an emphasis on (legitimate) concerns over China. We simply do not have deep knowledge of Russia, its thinking and its forces readily at hand for the US military today, as Russian President Vladimir Putin engages in the largest war of conquest Europe has seen since the end of World War II.

The good news is there are ways we might build such capability rapidly, targeting it towards the realm of the practical question of how to deter and how to fight the modern Russian military machine. Two steps, in fact, both of which I will illustrate with cases from my just published book, The U.S. Marine Corps Transformation Path: Preparing for the High-End Fight.

The first step is to find ways to leverage the knowledge of the few active-duty officers who are still in the US military who came up in the waning days of the Cold War. I have interviewed several of these officers in recent years and putting them together into a “virtual” university or think tank to advise Pentagon leaders would greatly benefit the majority of general officers who have cut their teeth in the COIN world.

The first chapter of my book identifies how different combat in Iraq and Afghanistan is from engaging in conflict with the Russians. Last year, I had the chance to discuss the way ahead on the Marine Corps side with Col. William McClane, a very experienced Signals Intelligence (SIGINT) officer who is the head of II MEF G-2 and the senior intelligence officer for the MEF. He joined the Marines towards the end of the Cold War. He noted: “We are in a campaign of learning to shift from COIN operations to great power competition. Part of that learning is refocusing on the Russians.”

RELATED: The case of Ukraine, looking back and looking forward

What McClane noted was that our Nordic allies certainly have not taken a vacation from dealing with Russians, and that their domain knowledge is a key part of shaping a rethink of how to understand Russian behavior, training and operations. And clearly, it is the Russian military we are dealing with, not the Soviet Union. This means that there is a double knowledge challenge. The first is that much of the residual US knowledge remains under a Soviet hangover. And second that fresh knowledge of how the Russians operate under President Putin militarily needs to be built out.

The first place to start, then, is to put the information in one place with the military’s experts on Moscow, then and now.

Putting It In Action

The second step is to leverage the practical knowledge of those who know the Russians best, which in my experience are the militaries from the former Warsaw Pact and the Nordics who engage with the Russians on a variety of issues because of their geographical proximity. We should deploy, on a regular basis, core operating US military forces — if we are talking in terms of aircraft, squadron sized — to one of these nations to train in their techniques and approaches to how they would fight the Russians in both kinetic and non-kinetic war. Doing so would give those troops first-hand how best to approach the fight. 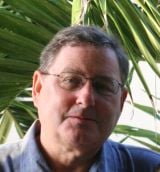 Robbin Laird is a member of the Breaking Defense Board of Contributors.

During my visit to 2nd Marine Aircraft Wing in July 2021, I had a chance to talk with MAG-31, notably the VMFA-115 operations officer, about their squadron’s time in Finland training with the Finnish Air Force the preceding month. MAG-31 Operations Officer Lt. Col. Waller and VMFA-115 Operations Officer Maj. Simmermon discussed the training effort with me. Originally, VMFA-115 was to participate in a multi-national exercise, Arctic Challenge 2021. But because of COVID-19 restrictions, their engagement became a bilateral exercise with the Finnish Air Force. This provided an important window on how one might modify training going forward.

What VMFA-115 learned was how the Finns fight: how they operate their air force in a truly distributed manner using their roads for landing sites, distribute logistical support and work under the shadow of Russian long-range fires. Clearly, Marines learning to fight as the Finns fight is a good thing, and part of the cross-learning process, which is necessary for US forces to be familiar with various concepts like distributed maritime operations, littoral operations in a contested environment and expeditionary advanced-base operations. All those concepts that provide an understanding of how to operate in the High North back to the Baltic Sea.

This is how Simmermon described the experience: “If we had participated in an Arctic Challenge exercise, it would have been a big mission planning exercise and very scripted. We would have most likely used our own tactics and tried to incorporate into what the other countries were doing for their own tactics. But it became a bilateral exercise called ILVES [Finnish for ‘Lynx’]. We were able to train with them in their tactics.”

A great tactic VMFA-115 was able to observe was the Finns diverting and spreading out to reduce the effects from a potential strike on their location.

“They showed us how they’re able to set up expeditionary arresting gear, where they put their support and how they taxi the aircraft. We then had one of their instructor pilots get in their simulator with us, where we practiced road landings which was a relatively benign mission, really just taking off and landing on small, short expeditionary runways,” Simmermon said. “The whole system relies largely on the logistics support and the infrastructure for their road runways, which are already in place.”

He added: “Doing the bilateral training that we did during ILVES exposed us to smaller level tactics, techniques, and procedures, which I had never seen before. Those conversations and briefs would not have been available in a big exercise like ‘Artic Challenge,’ but it was … a whole logistics and infrastructure aspect of aviation, as well as a unique divert strategy, and changing the way your force is employed by consolidating in the air and understanding their TTPs.

“It reminds you that even as a globally deployable force, it’s important to see that there are a lot of different ways and different geographical locations, specifically Finland and their neighbors that change the way an aviation unit fights or how a conflict in general is executed. Seeing how other nations fight was very valuable. I would emphasize that going to any country that has a different defense strategy or offensive strategy for that matter is very eye opening, if they’re willing to share with you some of their considerations and how they employ their forces.”

I would note that when visiting Finland in 2018, I met with Lt. Gen. Kim Jäämeri, the former head of the Finnish Air Force. He noted that “It is becoming clear to our partners that you cannot run air operations in a legacy manner under the threat of missile barrages of long-range weapons. The legacy approach to operating from air bases just won’t work in these conditions.

“For many of our partners, this is a revelation; for us it has been a fact of life for a long time, and we have operated with this threat in the forefront of operations for a long time.”

And in a country like Poland where senior officers in the Polish military served earlier in the Warsaw Pact, it behooves American military personnel not just to learn about the Russians from these officers and personnel, but to understand how their allies would fight in case of conflict with Russia. After all, on the road to the Ukraine invasion, Russian actions in Belarus against the Poles and Balts along with their actions in August in Sea Breeze 21 were already a run up to the invasion, and during my visit to Poland last September, Polish officials and analysts were clearly concerned with what Putin was preparing to do.

It would be nice if we recovered Russian studies, but that’s a long-term prospect. A shortcut is to immerse our new generation of military officers into the art of geopolitical combat, which is woven into the Russian soul.

Robbin Laird is a defense consultant and member of the Breaking Defense Board of Contributors.