WASHINGTON: With world’s attention focused on Europe and Russia’s invasion of Ukraine, US Army Pacific’s commander says his command remains focused on upcoming exercises and training events with allies in his area of operations, and that he hasn’t been asked to prepare to send troops to Europe.

Gen. Charles Flynn recently returned from a five-week trip to five countries: Australia, the Philippines, Singapore, Thailand and Malaysia. Flynn’s trip was in part to reassure allies that the Army was committed to the region and to assuage any concerns that the US “might be distracted from the region based on what’s happened in the Ukraine.”

“I just reassured them: ‘Look, you know, we’ve got plenty of work out here and we’re not going anywhere,’” Flynn said in an interview with Breaking Defense last week. “And on top of that, no one was asking, and no one has asked, for any substantial support, at least from the Army, to Europe. So I think that’s an illustration … that, you know, the Army and land power plays a substantial role out here with these countries.”

Flynn said that there was an “undertone” of concern from allies that, while the US was a focusing on Europe and shipping arms to Ukrainian forces, China could become more “assertive.” Flynn wouldn’t directly answer if China actually had become more assertive in the region since the Russian invasion of Ukraine, but acknowledged that China’s military continues to operate in the area.

“They [allies] remain focused on the need for stability,” Flynn said. “And most, you know, that I talked to, they’re increasingly clear-eyed about aggression in the region and the risks that those poses to their nations.”

For example, Flynn noted that China is pursuing a security agreement with the Solomon Islands, located just over 2,000 miles from Australia. The Solomon Islands government, in turn, has had to reassure the US and its allies that the agreement wouldn’t include a military base — though that claim has been met with some skepticism.

During his visits, Flynn said defense officials in the region continually stressed to him the importance of the US presence there. Forces assigned to US Army Pacific play a variety of roles from disaster relief to security assistance and training allied forces. The command has about a dozen planned exercises through October that span the Pacific, including those taking place in Guam, Malaysia, Japan and South Korea. Five other exercises have finished so far this year, including a Joint Pacific Multinational Readiness Center rotation in Alaska — the first regional combat training center rotation in Alaska. 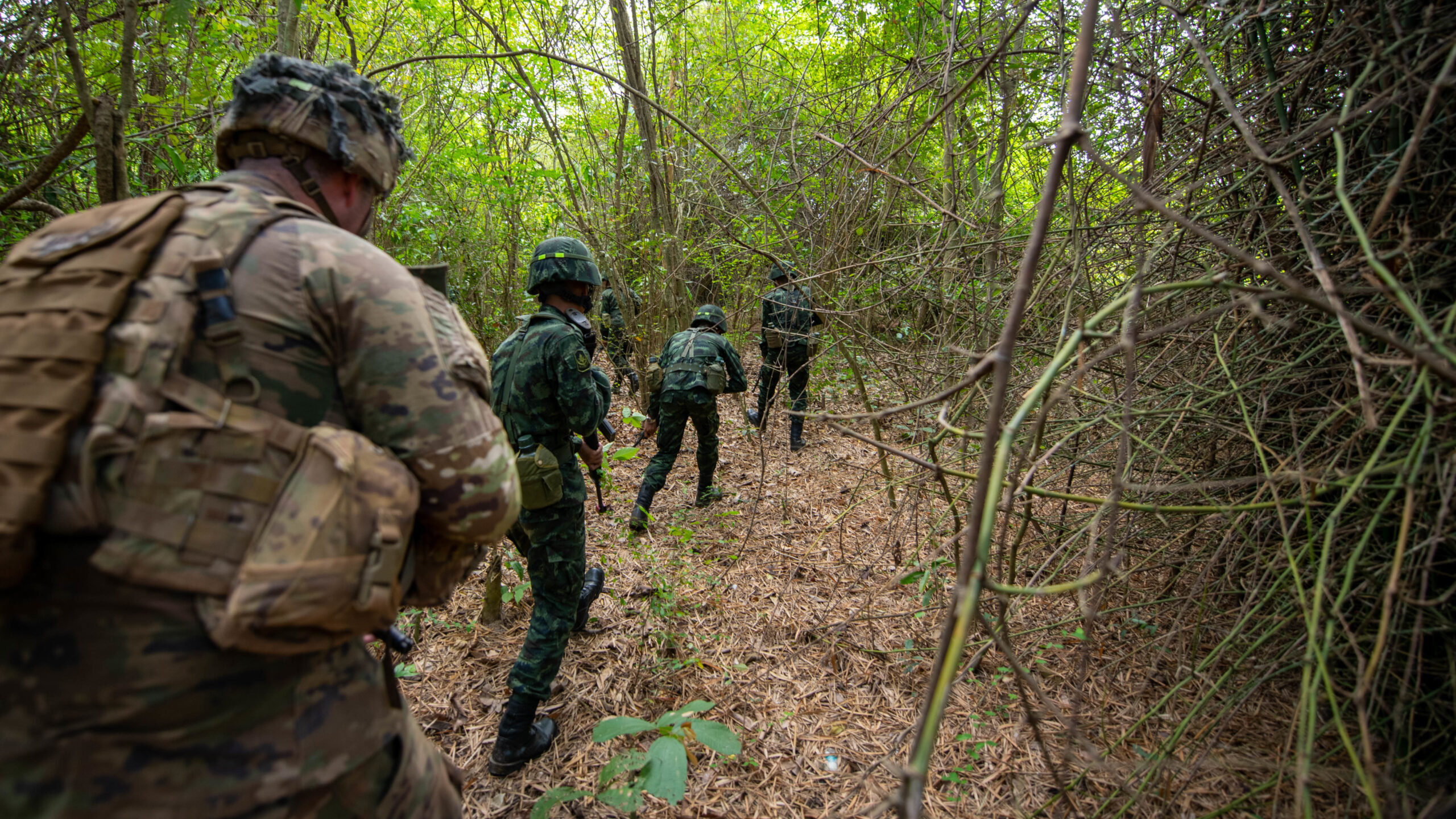 The exercises are all part of USARPAC’s larger Operation Pathways initiative that aims to expand US engagement with allies and partners in the region. The Joint Pacific Multinational Readiness Centers in Alaska and Hawaii are important pieces of the initiative because in training they can replicate cold, high-altitude, mountainous terrain or jungle environments, respectively.

“It’s really important that we take advantage of the locations that we have out here — these two footprints in Alaska and Hawaii — to be able to train and bring our partners and allies to these locations that look a lot more like the region than, say, California or Louisiana,” Flynn said, referring to the combat training centers in those two states.

‘Pathways Is Our Posture’

As the Defense Department as a whole shifts toward the Indo-Pacific, the Army is changing the way it fights to be more dispersed and flexible to more effectively operate across the vast, island theater.

Part of the goal of Operation Pathways is changing the Army’s posture to be more “forward” and to forge relationships with host nations to build that distributed footprint.

“Pathways is our posture. It’s how we have to grow beyond the 20th-century Cold War model that we needed with big bases,” Flynn said. “Our future concept is agile, it’s distributed, it’s networked, it’s mobile. And it’s integrated with our allies and partners in the region, because we gain by being able to enable them.”

Flynn also named several other examples of how the Army is operating more forward, including the Joint Pacific Multinational Readiness Center’s deployable training center the Army sent to Indonesia last year. Additionally, Army Prepositioned Stock-3 afloat, which provides combat equipment to soldiers in theater, successfully supplied equipment in the Indo-Pacific region for the first time during an exercise with the 25th Infantry Division in the Philippines. And earlier this year the First Corps conducted an experiment for distributed Stryker mission command.

“What we’re trying to have is almost a version of, you know, more faces and more places. And by having that we’re able to ensure our ability to operate in using ports, using airfields and using training areas,” Flynn said.

Flynn said that the best way for the Army to maintain relationships in the region is by training other country’s militaries, and added that he sees a “recognition and a thirst” for training centers. He said four of the five nations he visited on his recent trip are building a training centers, though he declined to name which four.

“It is really important for us to be demonstrating our ability to conduct strategic movement and operational maneuver in support of the joint force and in support of our allies and partners as a counterweight to any of the destabilizing activities in the region,” Flynn said.

Source
Reassuring regional allies, US Army Pacific not ‘distracted’ by Ukraine crisis: General is written by Andrew Eversden for breakingdefense.com