Cryptocurrency mining has become very popular among malicious actors that aim to profit by exploiting cloud attack surfaces. Exposed Docker APIs have become a common target for cryptominers to mine various cryptocurrencies. According to the Google Threat Horizon report published Nov. 29, 2021, 86% of compromised Google Cloud instances were used to perform cryptocurrency mining. Various cryptomining groups such as Kinsing, TeamTNT, WatchDog and others have successfully run the campaigns against the exposed cloud attack surface to profitably mine the cryptocurrency Monero.

Docker is the platform for building, running and managing containers. Like most software platforms, Docker provides a number of APIs to help developers with automation. These APIs can be made available using local Linux sockets or daemons on choice of port (default port is 2375).

Docker is primarily used to run the container workloads in the cloud, since it is easy to misconfigure underlying cloud instances to be exposed to the internet. By design, Docker APIs can be exposed to the cloud. Most of these exposed Docker APIs are configured to allow anonymous access providing privileged access to the host. Not only that, the most popular container orchestration Kubernetes uses Docker as a runtime. (Recently, Kubernetes has standardized the container runtime with CRIO deprecating Docker.)

The tactics, techniques and procedures (TTPs) required for exploiting the exposed Kubernetes and Docker containers are well documented and publicly available for use. The attackers look at this attack surface as a publicly available free compute that can be used for opportunistic crypto currency mining (cryptojacking). That’s why CrowdStrike has observed numerous attempts by various cryptomining groups to exploit these attack surfaces.

During the last two weeks of 2021, a new cryptomining campaign was observed targeting exposed Docker APIs. At the same time, WatchDog, a known cryptomining group, updated its TTPs for the attack. Let’s take a closer look at both developments.

While there are many long-running campaigns by various known cryptomining groups targeting exposed Docker APIs and Kubernetes to mine cryptocurrency, from time to time a new group or campaign emerges attempting to do the same.

The two malicious images used in this cryptocurrency mining campaign are very similar and make use of almost the same components. The entrypoint of the image given below is pointed to “start.sh,” which does numerous checks and sets up the cryptomining operation within the container.

Below is the summary of each script that is used after executing Entrypoint and its function:

2. Main.sh: Calls number of scripts successively to do the various jobs in order to set up a mining operation. As shown below, scripts are executed in sequence.

5. gxmr.sh: Makes sure that only one instance of the miner is running

6. killer.sh: Stops all other containers apart from the attacker’s mining container

7. gmsscan.sh: Installs mass scanner if it doesn’t exist which is network scanning tool like nmap

9. parser.sh and filter.sh: Probe in parallel for Docker APIs and saves results based on responses. The following code shows a text file “after.txt” is created with curated IPs for further attack:

As discussed earlier, this campaign uses malicious images consisting of a number of malicious Bash scripts that jumpstart the cryptominer, and then scans and exploits new attack surfaces. This campaign’s initial aim seems to be setting up and running a mining operation rather than being sophisticated, but in the future the actor behind the campaign can innovate or borrow from its peers to add more sophisticated techniques. Currently, this campaign doesn’t include many techniques used by similar campaigns; as a few examples, these images don’t:

Figure 1 shows the performance of malicious Docker images, where a spike in hashrate was observed when the new images were initially deployed. But the hashrate drops significantly as the malicious images fail to grab and maintain the container attack surface, although a payout was observed from this attempt, as shown.

WatchDog is an infamous cryptomining group that targets Docker APIs and numerous other attack surfaces to mine Monero. It was discovered by Palo Alto earlier last year.

As you can see in Figure 3, CrowdStrike observed that WatchDog updated its malicious images just a couple of weeks before the year-end holidays. Figure 4 shows, multiple scripts were also updated on the Command and Control server used by WatchDog. 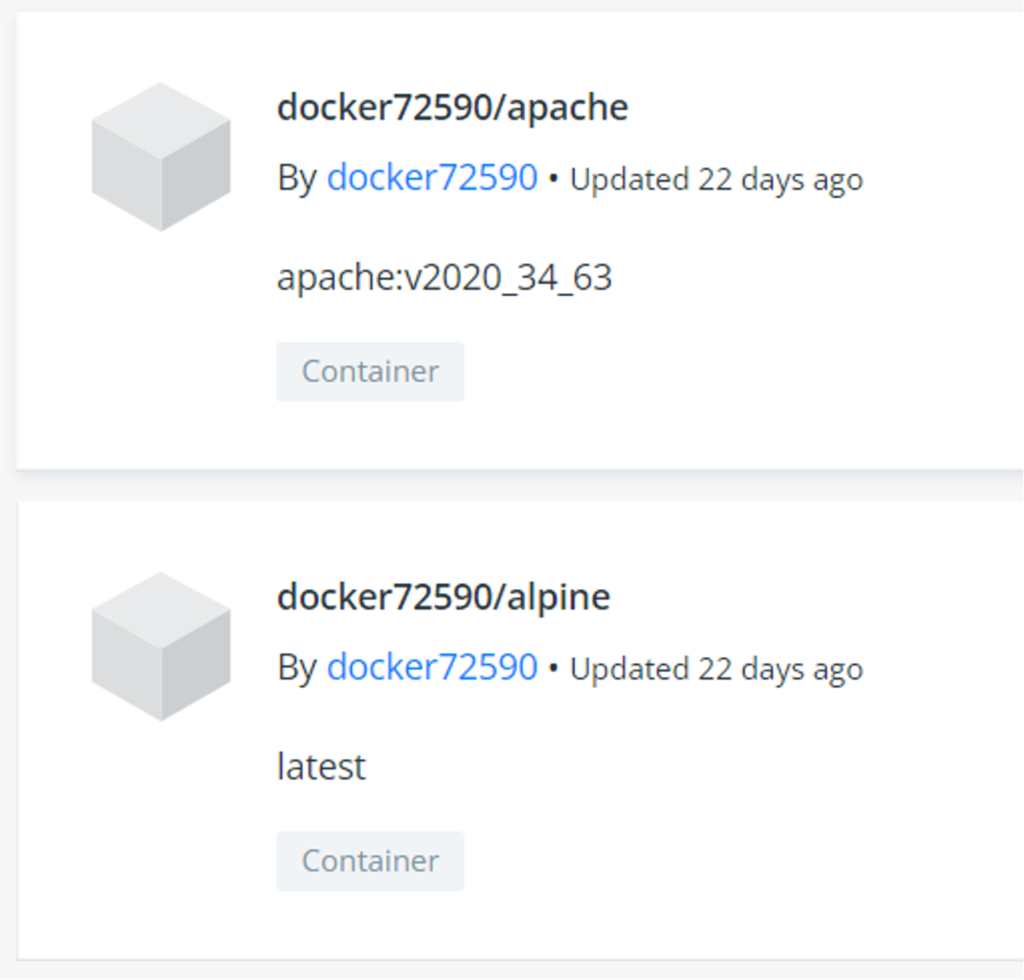 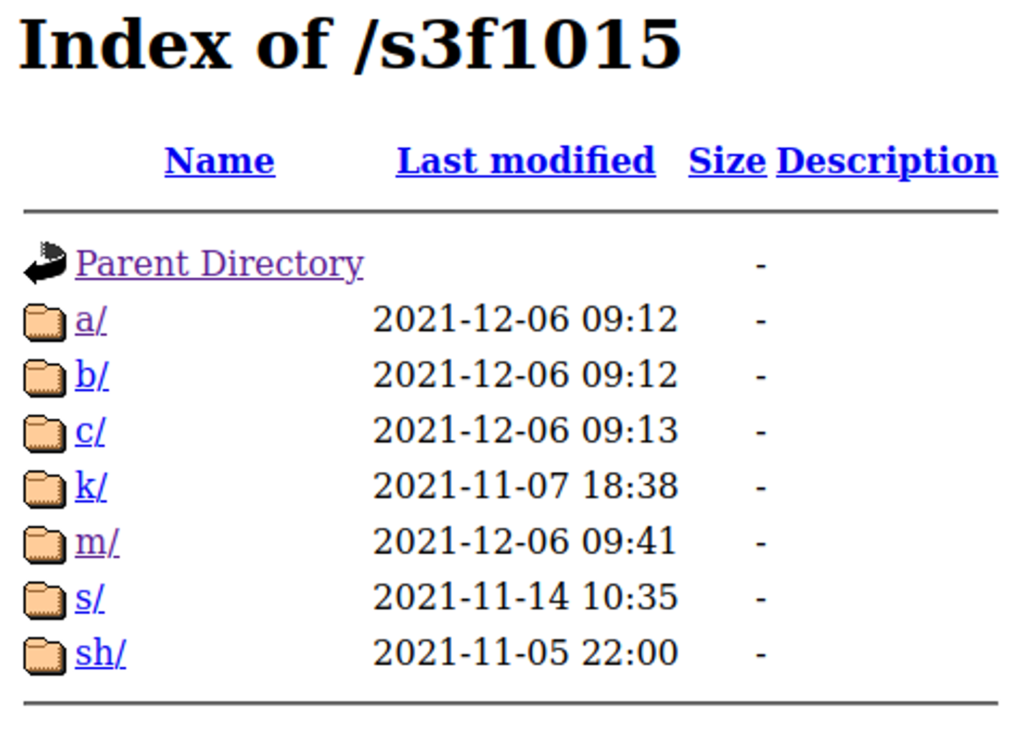 From data CrowdStrike has collected from various sources, both malicious images spread notably in the wild, representing a collective share of 25% of all in-the-wild images seen in the final two weeks of 2021 which is shown in Figure 5 below. 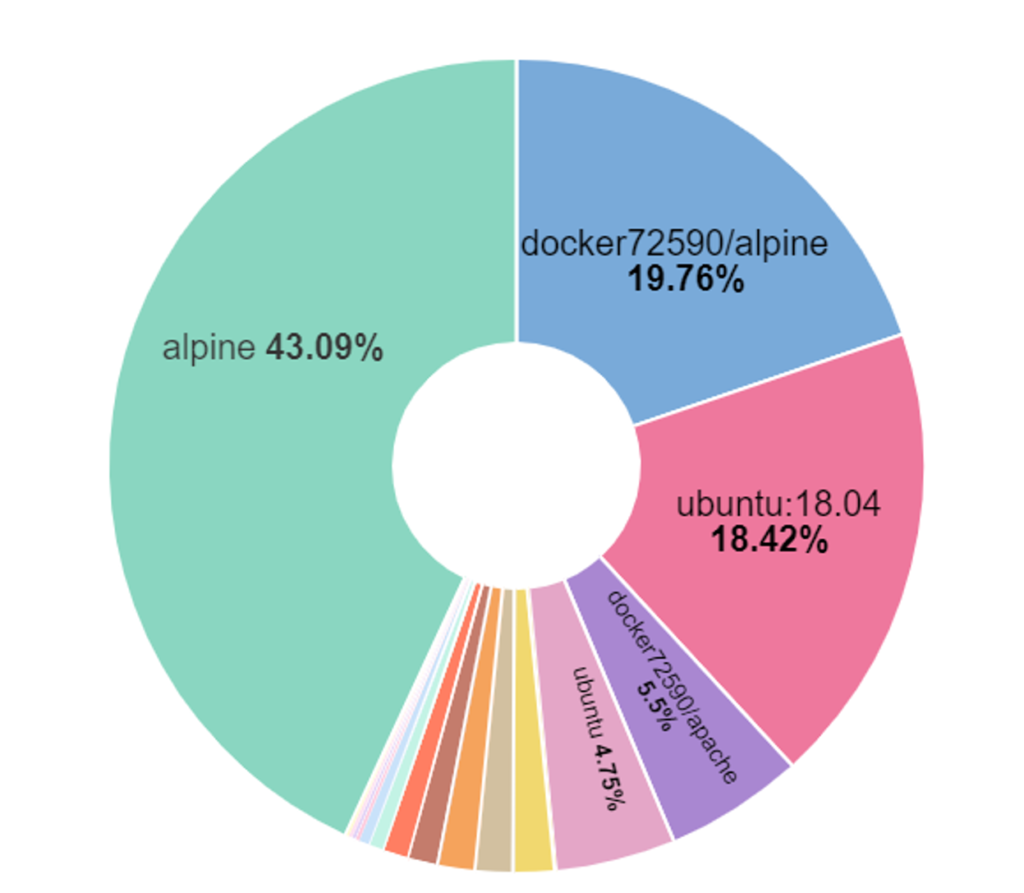 The new malicious images have focused simply on cryptomining using xmrig and scanning to find new attack surfaces. The additional functionality seen in the older version of the image seems to be missing or is being used in the second phase of the discovery.

2. Use of proxy pool with httpd-crypto

This binary sets up and executes xmrig as “.ddns”. At the same time, it downloads from a C2 server the “reg4.tar.gz” file, which is actually a JSON file holding the configuration for xmrig. This file further indicates the use of a cryptomining proxy pool to help hide the actual crypto wallet addresses, so we cannot be sure who is benefiting from this campaign, but attribution is discussed in the following sections.

Figure 5. Xmrig binary execution as “.ddns”’ with the reg4.tar.gz config file pointing to a proxy pool (Click to enlarge)

As shown in Figure 6, this binary executes a Bash file(apache4) that launches the disguised massscan binary. It is stored on the image as “/bin/apache2.”

We consider this to be the second phase of the attack, where wormlike behavior is used for discovery of multiple attack surfaces like Docker, Redis and PostgreSQL and for further exploitation.

This is a pivot binary that launches “/bin/httpd” and “/bin/httpd_crypto” from the base image.

As discussed, the campaign used proxy mining pools to hide actual wallet addresses, but the second phase of the attack and retrieved wallet addresses from the C2 server (command and control – 104.192.82[.]138) suggests it’s a WatchDog campaign. The wallet addresses are actively being used to mine and transfer Monero, as shown below. 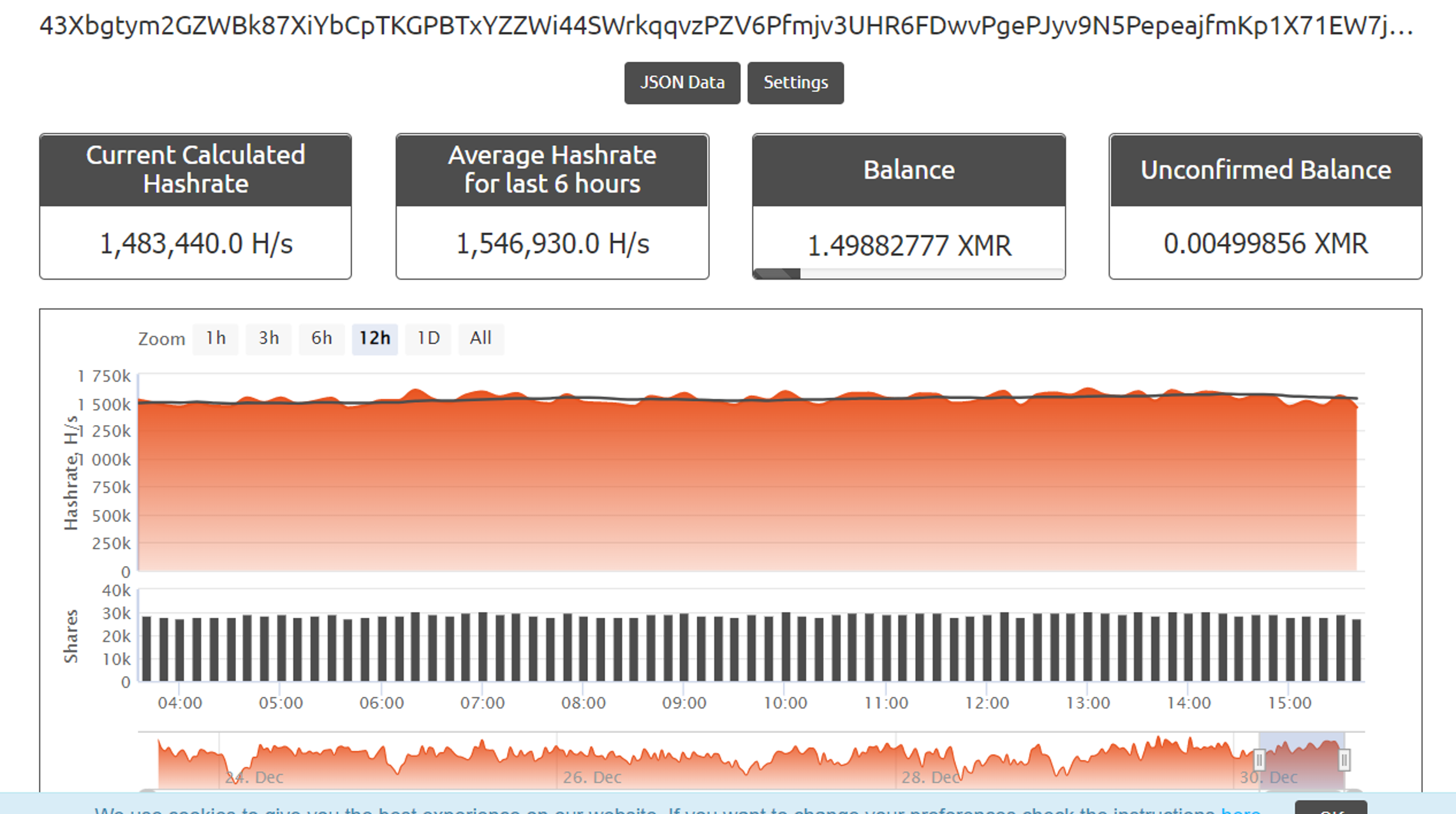 Cryptocurrency mining has benefited cryptomining groups that aim to profit by targeting public cloud attack surfaces. Multiple crytoming groups are competing with each other to grab this attack surface first. As we have seen, from time to time a new mining campaign emerges to profit from this operation  But the effectiveness of the campaign depends on the TTPs being used. Meanwhile, mature mining groups like WatchDog continue to evolve their tools and techniques to maintain the hashrate and their profitable operation.

How to Protect Against Exposed Docker APIs

To protect yourself from above attacks, you can make use of following tips:

The CrowdStrike Falcon® platform detects malicious images at the pre-deployment stage using registry scanning where users can stop the image deployments. CrowdStrike also protects its customers with it’s runtime protection and cloud machine learning models from any post-exploitation activities. As shown in Figure 7, a malicious mining process was killed by the CrowdStrike machine learning model. Figure 8 additionally shows the origin of the process and container information using CrowdStrike Threat Graph®. 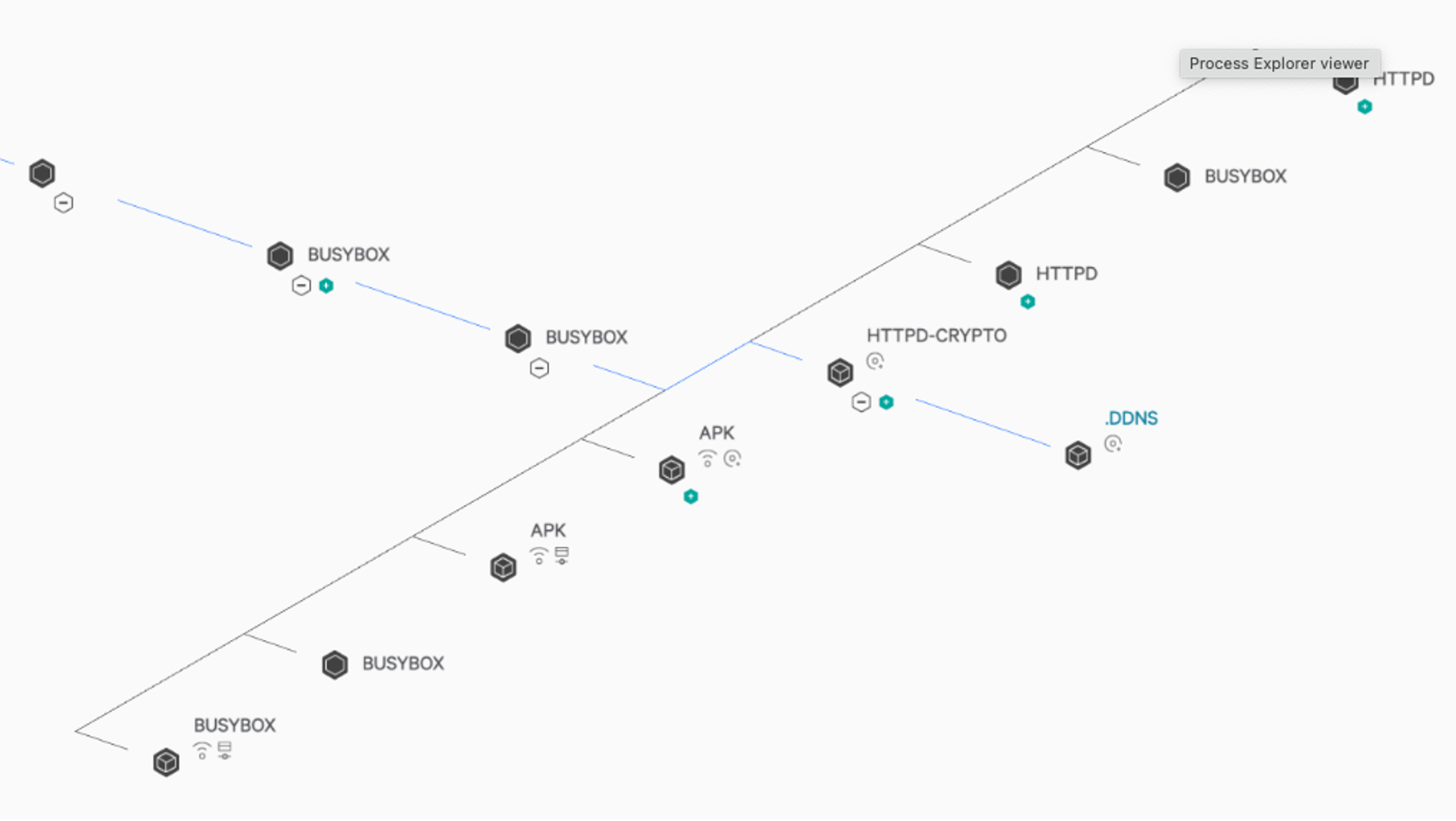 Note: At the time of writing, the “docker72590/alpine:latest” image had been updated by the malicious actor.

How to Extract Memory Information to Spot Linux Malware

How to Extract Memory Information to Spot Linux Malware