The future of warfare and the Defense Department’s latest concept of operations—specifically all-domain operations and distributed operations—will be written by unmanned systems operating at the tactical edge, either individually or as part of a swarm, with interoperability for both manned-unmanned and unmanned-unmanned teaming operations.

In this interview with Wahid Nawabi, chairman, president and chief executive officer of AeroVironment, we discuss how expensive military assets can be replaced and augmented with more affordable and attritable unmanned systems enabled by the meshing of autonomous systems, artificial intelligence, machine learning and edge computing.

Breaking Defense: Describe the evolving threat environment that the unmanned systems of today and tomorrow need to be targeted at. What are the rapid, multi-mission capabilities needed? 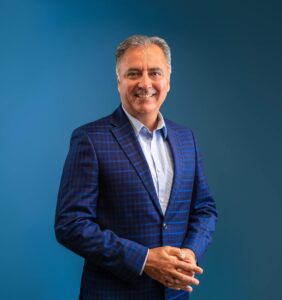 Nawabi: The evolving threat is what you saw in the Armenia-Azerbaijan war in 2020 where lethal, armed drones made by Chinese, Israeli, and Turkish defense companies literally disabled an entire military. Armenia had all their tanks on their front lines and within 48 hours they were disabled. It was done primarily with not-that-complicated, cheap, low-tech lethal drones fired by the Azerbaijan military.

That’s just a glimpse of what the future battle will look like against state-run, near-peer or peer adversaries like China or Russia. It could happen in Eastern Europe, Taiwan, parts of Korea, and elsewhere. Our adversaries are doing this already and the U.S. and its allies have to be ready for that conflict today.

I’m afraid that the Defense Department’s current approach of working with large defense primes like Lockheed Martin, Northrop Grumman, Boeing, or General Atomics, who don’t have much technology in these areas nor the capability and agility to get there fast and affordably, is not the solution.

The solution comes from companies like AeroVironment and many others like us who specialize in intelligent, unmanned systems. We recognized this a while ago and have strategized our entire investment profile portfolio in that direction. We’ve got 80 percent of the raw material, as I call it, to deliver that capability and meet the evolving threat environments of the future in the next two years.

Breaking Defense: If these low-tech, cheap, unmanned systems are able to do so much damage, then why do we need more expensive, complicated, and smart unmanned systems for all-domain operations that can identify, classify, prioritize, and engage all on their own?

Nawabi: Two reasons why. One, that conflict involved two not-so-sophisticated adversaries. Russia and China are not the same as Azerbaijan when it comes to their sophistication and technology. That’s by far the number one reason why.

Number two is even though the systems that Azerbaijan used were low-tech or perceived to be rudimentary, they were not multi-domain and operated only in the air domain. For our near-peer and peer adversaries we need multi-domain systems with much higher levels of autonomy and the ability to operate in both GPS-denied environments and in contested airspace. Azerbaijan was not faced with any of that. The U.S. would be faced with that if we were to get into a conflict with China or Russia, which have intelligent, multi-domain capabilities.

Breaking Defense: To address that, AeroVironment says it is delivering the “right solutions” to enable all-domain operations. What are they? What are you specifically investing in?

Nawabi: As I mentioned, the right solutions have to be, first and foremost, multi-domain because our adversaries have multi-domain capabilities. You cannot just defeat one domain, as was the case with Armenian ground forces. China and Russia have air, ground, space, and maritime capabilities just as sophisticated in some cases as the U.S.

The second piece is that the right solutions also have to be intelligent, meaning that these systems have to work together as a team—both manned and unmanned, and unmanned-unmanned. An example is our integration with General Dynamics Land Systems’ Optionally Manned Fighting Vehicle (OMFV) for the U.S. Army’s Future Command armored vehicle requirement.

The OMFV will not have a direct line-of-sight fire weapon like a cannon or a machine gun. Rather, it’s going to have a battery of Switchblade 300 and 600 loitering missiles that can be fired without even seeing the enemy. They can fly for 100-plus kilometers, identify the target, and then engage way beyond visual line of sight.

Another example is our teaming with Kratos where we put Switchblades inside the belly of one of its larger, unmanned drones called the UTAP-22 Mako as part of the Air Force’s Skyborg program. The Air Force has a requirement to reach hundreds of kilometers into enemy territory and disable the adversary’s air defense systems or ground forces using loitering missiles like Switchblade.

Future conflicts are going to be heavily unmanned. Unlike prior conflicts where humans were on the front lines, future conflicts with near-peer adversaries will rely on massive amounts of unmanned assets for battlefield engagement. Those systems have to be multi-domain, interoperable, and intelligent. The technology is there, and companies like AeroVironment are the ones that can deliver it to the U.S. military today.

We have the breadth and depth with a portfolio of and technology capabilities that can address an expanding range of customer mission requirements with the right solutions.

Breaking Defense: You’ve made several recent acquisitions related to acquiring the autonomous and intelligent capabilities you’ve been discussing. Tell me about those acquisitions and what they’ve brought to AeroVironment that can, in turn, be valuable to the DoD?

Nawabi: We have done three acquisitions in the last year. Each one was directly and precisely focused on what I’ve described so far.

The first one was the acquisition of Arcturus UAV, which included its medium-class, Group 2, vertical takeoff and landing JUMP 20 unmanned aircraft system. That lets us expand our portfolio capability into a larger class of UAVs that can fly longer, go farther, and carry more varied payloads, such as Switchblade. 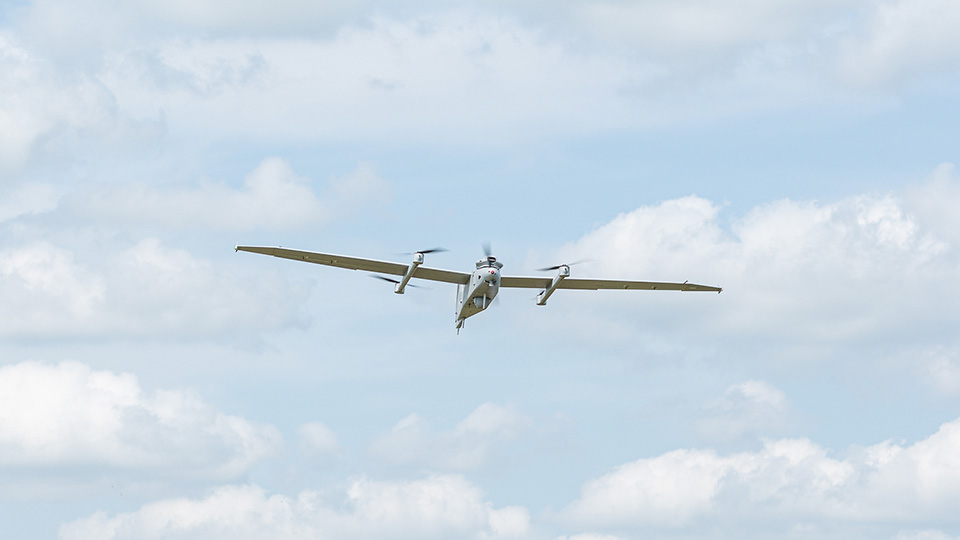 The second one was a company developing artificial intelligence and machine-vision algorithms specific to what we refer to as ‘learning and active-perception autonomy.’ That is the ability of the software algorithm to look at a video and identify me from you, or a Russian tank from a U.S. tank, or a white SUV from an armored ground vehicle. This is the crux of the ‘intelligent’ aspect we discussed earlier. That acquisition and its technology, coupled with our own internal R&D investments, are critical to the future conflict.

The most recent acquisition was Telerob, a German leader in ground robotic solutions with a global footprint for products such as the telemax and tEODor EVO family of unmanned ground vehicles. With Telerob’s products now in our portfolio, we are competing for the multi-year U.S. Air Force explosive ordnance disposal robotic system program and pursuing multiple additional opportunities with all of the military services.

All three of these essentially round out our portfolio to be able to deliver this capability to our customers. They improve upon what I call the ‘enhancement of the solution value’ to our customer. At the end of the day, if the value of a UGV to a customer is, say, one, and the value of a UAV is, say, two, then the combination of them is three or more. With AI and autonomy, the value could be five or 10. That force multiplier effect is what we’re trying to achieve for our customers.

Breaking Defense: What exactly is the DoD telling industry that they need in unmanned systems for all domain operations?

There’s one challenge, though. The U.S. military has to start writing requirements that are not just for a specialized widget. They need to be for a family of systems solution architecture. Because if you want to optimize the whole, you cannot just focus on individual components.

Number two, intelligent, multi-domain robotic systems that can work cohesively in communications and GPS degraded and denied environments are going to be critical. This is an essential element of success for the U.S. military and its allies.

Number three, companies like AeroVironment are at the forefront and at the heart of making those capabilities possible. That is our strategy, our focus, and infused in our DNA. The U.S. DoD needs to pay attention to and engage with companies like ours. We don’t have the Rolodex and the dollars that the big guys have for lobbying, but we’ve got the right goods for the U.S. military’s future needs.