At the US Army’s AUSA 2021, GM Defense exhibited two variant prototypes of the Infantry Squad Vehicle (ISV): a heavy gun carrier concept and an all-electric military concept. Both are examples of how GM Defense is taking the common underpinnings of the Chevrolet Colorado ZR2 truck used for the ISV and creating new, special-purpose vehicles.

In this Q&A with Paul Beaker, Chief Engineer and Director, Advanced Product Development for GM Defense, we discuss how the company picks its technologies and shares design philosophies, manufacturing processes, and components with General Motors to deliver solutions to its defense and government customers.

Breaking Defense: How does GM Defense decide which advanced technologies it uses from General Motors to support defense and government applications? 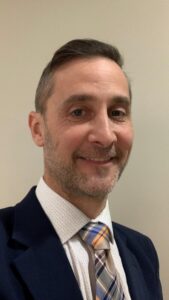 Beaker: We see it as a competitive advantage at GM Defense to leverage the commercial technologies from our parent company and adapt them to meet military requirements so that we are able to scale to any level of production.

At GM Defense, our focus is always on our customers. That focus remains top of mind in everything we do. Ensuring we’re able to understand customer requirements to deliver an exceptional product is inherent in our culture and our people.

We take full advantage of customer engagements, such as immersion events, industry days, and conferences like AUSA 2021, in order to know our customer and shape our products to meet their demands. These important touchpoints enable us to better understand the customer’s pain points and bring forward solutions based on commercial-off-the-shelf technologies, adapted proven technologies, or custom-build products.

The Infantry Squad Vehicle is a great example of how we listened and adapted our offering during Soldier touchpoints to create the number-one rated vehicle during testing. For the ISV, we leveraged the Chevrolet Colorado ZR2 architecture to bring forward a 90 percent commercial-off-the-shelf vehicle.

We chose the Chevy Colorado because of its size and off-road performance. We could get the Army what they needed in terms of size—the ISV can transport nine soldiers—and in the weight of the vehicle. It’s light enough to be sling-loaded with a Black Hawk helicopter, and it’s also compact enough to load into a Chinook. So, the Chevy Colorado is a great example of what we’ve been able to adapt from the commercial side. Thanks, in part, to our ability to leverage commercial components, we were able to deliver the first ISV to our U.S. Army customer in just 120 days after contract award.

Breaking Defense: How did you go about ruggedizing the platform. Other than the propulsion systems, what else does the platform include?

Beaker: We took the basic body-on-frame rolling chassis and then leveraged the work being done by GM Motorsports. We ultimately took 11 chassis upgrades from the off-road-racing portfolio and integrated those into the Chevy Colorado chassis to amplify its off-road capability.

The chassis setup was tuned and validated by our Chevy performance off-road engineers, as well as by the legendary truck racer Chad Hall. It has over 10,000 miles of combined off-road racing and GM desert-proving-ground exposure.

Breaking Defense: How is GM Defense’s approach different from what other manufacturers of tactical vehicles would do, because they’ve been building platforms for decades, as well. Why is your platform different or better than their platforms?

Beaker: Several things. Number one, we own the platform. We know what it can do, we know its capabilities, we know the engineering behind it. Therefore, it’s easy for us to go in and to work on the other parts of the integration of the vehicle because we’re so familiar with it. And because we can leverage an existing platform, we can move quickly. As I mentioned, we were able to deliver the first ISV to our Army customer just 120 days after contract award.

In the example of the ISV, and because we’re leveraging a commercial platform, some of these parts are made in the millions per year, some in the hundreds of thousands. By buying in bulk, we get a lower cost and can pass that value on to our customers. Whereas if we were doing specific designs with specific tooling to make only hundreds of parts per year the cost would be higher. In addition, the dedicated engineering that needs to go into those low-volume parts means they’re more expensive as you amortize that cost. That’s where the advantage of leveraging commercial-off-the-shelf platforms comes in.

Breaking Defense: How does GM Defense incorporate modularity and agility into its builds, and why is that important? When I think about modularity, I usually associate it with improved sensors and other mission systems. So what’s agile and modular when we’re talking about an ISV platform, for example?

Beaker: Let me use the GM commercial side as a starting point. On the GM side, when we start any new program, we are not thinking about one specific, purpose-built vehicle. We are often thinking of a family of vehicles and how we can set up a platform that can be adapted to meet different needs for different customers but still use the basic underpinnings to build upon.

Because we approach it that way, we can share components, which obviously gives us efficiency not only during the design and engineering phase, but also in the manufacturing and sustainment phases. An example of that from GM would be our full-size pickups: the Chevy Silverado 1500, 2500, and 3500 series pickups, as well as the Suburban and Tahoe.

Even though they all look different and have different purposes and different customers, they are from one family of vehicles that share common design philosophies. They share manufacturing processes and they share components.

We approach the ISV the same way. We don’t view it as a single-purpose-built, nine-passenger vehicle. We see it as a franchise that is set up to serve missions around the globe—whether it’s up-armored with a tethered drone, configured to transport wounded, or outfitted as a mobile communications center.

As I mentioned, we showed an ISV Heavy Gun Carrier concept and our All-Electric Military Concept vehicle at this year’s AUSA, both of which are based off the Chevy Colorado platform similar to the traditional ISV nine-passenger troop carrier. With this firm foundation, we can set up an ISV family for different purposes and different missions while sharing the basic underpinnings.

Breaking Defense: Earlier you mentioned GM Motorsports. Tell me more about the resources you can reach for beyond traditional engineering from the commercial side of the business, and how you’re leveraging GM technology and manufacturing.

Beaker: I mentioned the 11 chassis upgrades from the racing portfolio earlier. These upgrades allowed us to get an extreme level of off-road capability by improving the suspension travel, damping capacity, vehicle motion control, under-body impact resistance, and so on.

Furthermore, we have the ability to leverage commercial safety features for military applications like 360-degree cameras, auto-emergency braking, lane-keep assist, and also telematics that can be used for vehicle prognostics for predictive maintenance.

Breaking Defense: How does GM Defense incorporate customer feedback into its designs?

Beaker: Listening to the customer is in our DNA; it’s simply something GM must do on the commercial side to maintain our position as a world-class auto company. There’s ultra-fierce competition, and if we don’t listen to our customers and give them what they want, they will move on. This customer mindset is fundamental to GM Defense.

Our engineers also have in their culture the ability to be agile and to make changes very quickly. I don’t think this is necessarily true in other defense companies. This sets us apart and makes us non-traditional in the defense industry.

A specific example comes from the ISV when it was in the prototype phase. We listened to the soldier feedback and made adjustments and design changes based on that feedback. Because of it, the ISV was the number-one rated vehicle during the soldier touchpoint phase.

We’re continuing that approach today. We’ve got some ISV concepts that we’re using as test beds, and you saw some of them at AUSA. We’re working on others, as well, and we’re using those to gain valuable feedback from the user community. We’re going to take that and strengthen our future offerings and make sure that the warfighters have the right capabilities to complete their missions.