Soldiers from the 82nd Airborne Division take part in an IVAS-enabled air assault exercise on Nov. 3, 2021, on Yuma Proving Ground, Arizona, as part of Project Convergence 21. (US Army/Jacob Lang)

YUMA PROVING GROUND, Ariz.: In next-generation warfare, the ability of a joint force commander to “see” the battlefield — a single vision with data from disparate battlefield sensors owned by different services — will be crucial, according to today’s military leaders. But in the desolate Arizona desert, some of those Army leaders found out first hand just how challenging that vision is to achieve.

It turns out that such joint “situational awareness” that the Army “thought was going to be the easiest one […] turned out the hardest one,” said Gen. John Murray, commanding general of Army Futures Command.

Or as Col. Andre’ Abadie, co-lead for the Project Convergence operational planning team, put it: “We’re struggling there.”

But failure — and, most importantly, learning from it — is exactly the point outside Yuma, Ariz., at Project Convergence 21, the Army’s annual experiment in connecting sensors and shooters. Over the last few weeks, the US military gathered to stress test 110 technologies to their limits, and learn how they can be improved for future wars.

“The stipulation we’ve been given is, it’s okay to fail as long as you’re learning,” Abadie said at the exercise’s conclusion last week. “So you need to show what that failure taught.”

Given that prerogative, Project Convergence 2021 (PC21) greatly expanded upon last year’s inaugural event, adding participation from all the military services. PC20 focused on the close fight, but PC21 played with longer distances, imitating the operating environment of the Indo-Pacific. Last year relied heavily on scientists, while PC21 centered soldiers from Fort Bragg and Joint Base Lewis-McChord. (One unfortunate change: the Army didn’t conduct live demonstrations during the media day, a capstone event during PC20 that publicly displayed the progress of capabilities the service is spending billions on.)

“So the level of complexity from what we did last year to this year has been fairly significant, but fairly exciting […] in terms of ‘What can I offer a joint force commander, as these technologies make their way to being delivered to the force?’” Abadie said. 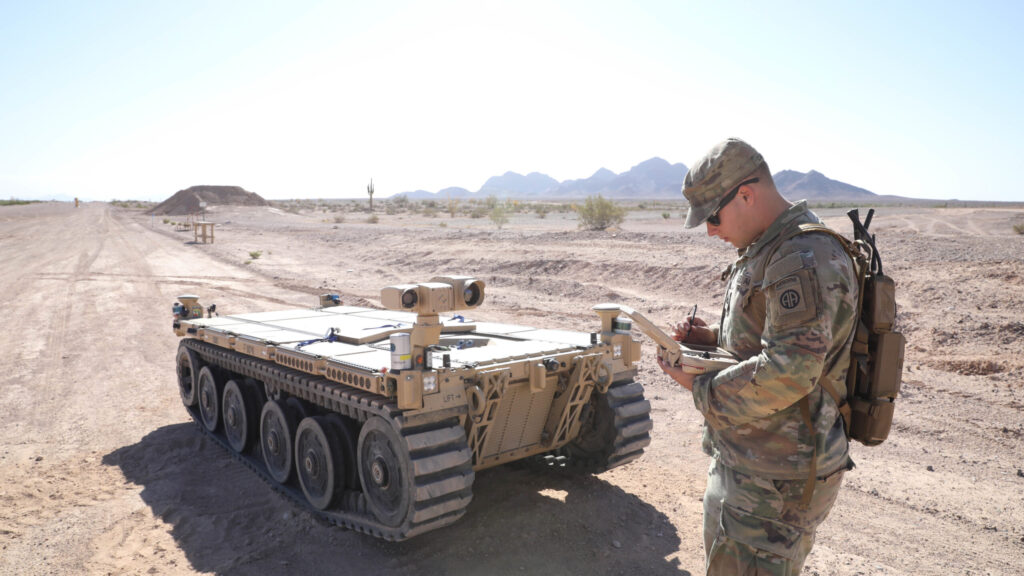 As each service currently develops their own contributions to the Pentagon’s overarching Joint All Domain Command and Control (JADC2) concept, Project Convergence provided a large-scale environment to link disparate systems and attempt to share data vital to situational awareness, command and control, and joint fires, while collecting feedback from soldiers.

Results from the exercise will feed into the Joint Chiefs of Staff to inform its work on the Pentagon’s Joint Warfighting Concept and JADC2 — the high-level concepts that define how the military will fight in the future.

But while the participation of the different services might’ve been pleasing, the Army quickly realized that pulling in all kinds of data from dozens of sensors belonging to other services to make battlefield decisions is a complicated task they’re still figuring out.

“The thing I’m most pleased about and most surprised about is the level of joint participation,” Secretary of the Army Christine Wormuth told reporters on the plane back to Washington, D.C., last week. “What you really saw in Project Convergence today is the services working together against a common challenge.”

Jointness, And Trying To Bring Four Screens Into One

Since late last year, the Army has focused on augmenting Project Convergence from a service-specific event to a joint experiment with a focus on connectedness, a top priority for JADC2 across the military.

Last year incorporated flyovers from Marine Corps F-35s and tests with special forces. This year included all the military services.

The joint nature of this year’s Project Convergence started with the establishment of a three-star level joint board of directors, including all the services and representatives from the Joint Chiefs, that molded the sensor-to-shooter event. Of the more than 100 technologies tested, 35 originated with other services.

“So this whole exercise design, the data collection plan, from what technologies were going to participate, to how we were going to do things, was a joint decision,” Murray said. 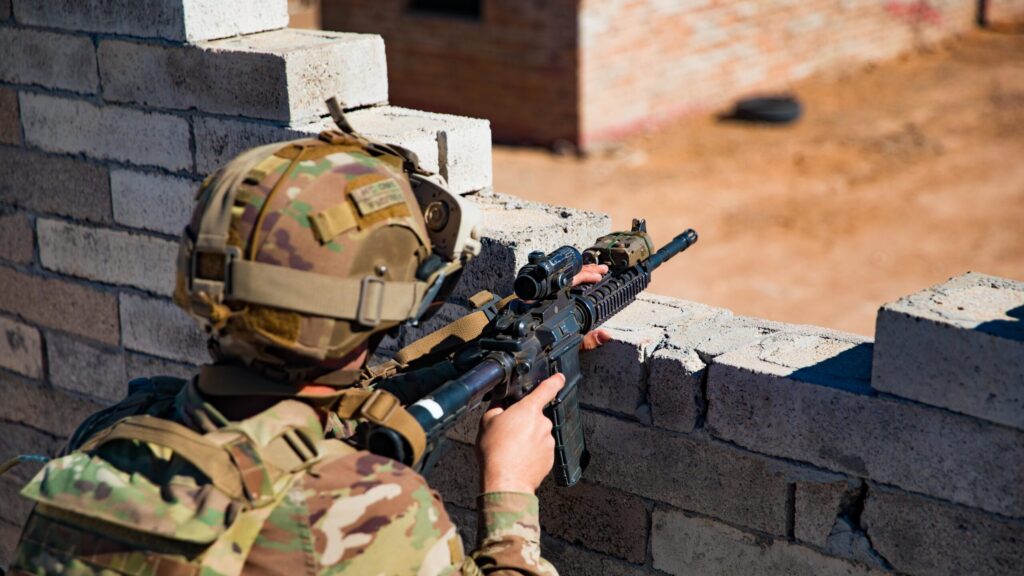 A soldier takes part in an IVAS-enabled air assault exercise during PC21. (US Army/Elijah Ingram)

For joint situational awareness, the teams in Yuma worked to integrate the various service’s systems for a common battlefield vision for commanders. What they found were “some challenges with this idea of how do we, as services, share information and maintain a single view of what that common operational picture will look like,” said Abadie.

Murray told reporters it was a challenge because each service has developed their own disparate situational awareness tools. Right now, if a commander wanted a joint common operating picture, they would need four different screens, he said.

“I don’t think it’s a technology problem. It is a process and procedure issue,” Murray said. “Each of the services have systems to maintain situational awareness. Getting them to integrate and talk together, how the procedures [and] policies that different services use, when to display what, was really the problem.”

Trouble with data and message formats, for instance, was one of the major takeaways from the event, Murray said. When leaders on the ground reached out to the Joint Staff to discuss the challenges with integrating the service’s common operating pictures, they sent a team to Yuma.

“So we’re hoping to see that in a future experiment, we can take whatever output the Joint Staff gives us with these new message formats, and then do the experiment again, and see if we can bridge the gap that we had,” Abadie said.

The Guam Question: How To Coordinate Missile Response Across Services, Much Less Sensors

“I’m sure there’s processes and procedures, but we just wanted to play with that idea. And that idea of, can we link the services together? Can we work through something to where they can share that information? And when we go back to a lesson we had in PC20, how do I go from all sensors to the best shooter?”

Project Convergence was an opportunity for the joint force to make progress on tying together the services’ disparate fires networks, Abadie said. In a media roundtable at the end of the exercise, air and missile defense was an area McConville highlighted as an example of where successful fusion of services’ sensors would provide increased protection.

“You can bring to bear all the capabilities of the joint force, where prior we looked at maybe a Patriot missile system only being able to use the Patriot radar to engage targets,” McConville said. “But there’s multiple radars and sensors on the battlefield and if we can capture all of them we have much, much more capability.” 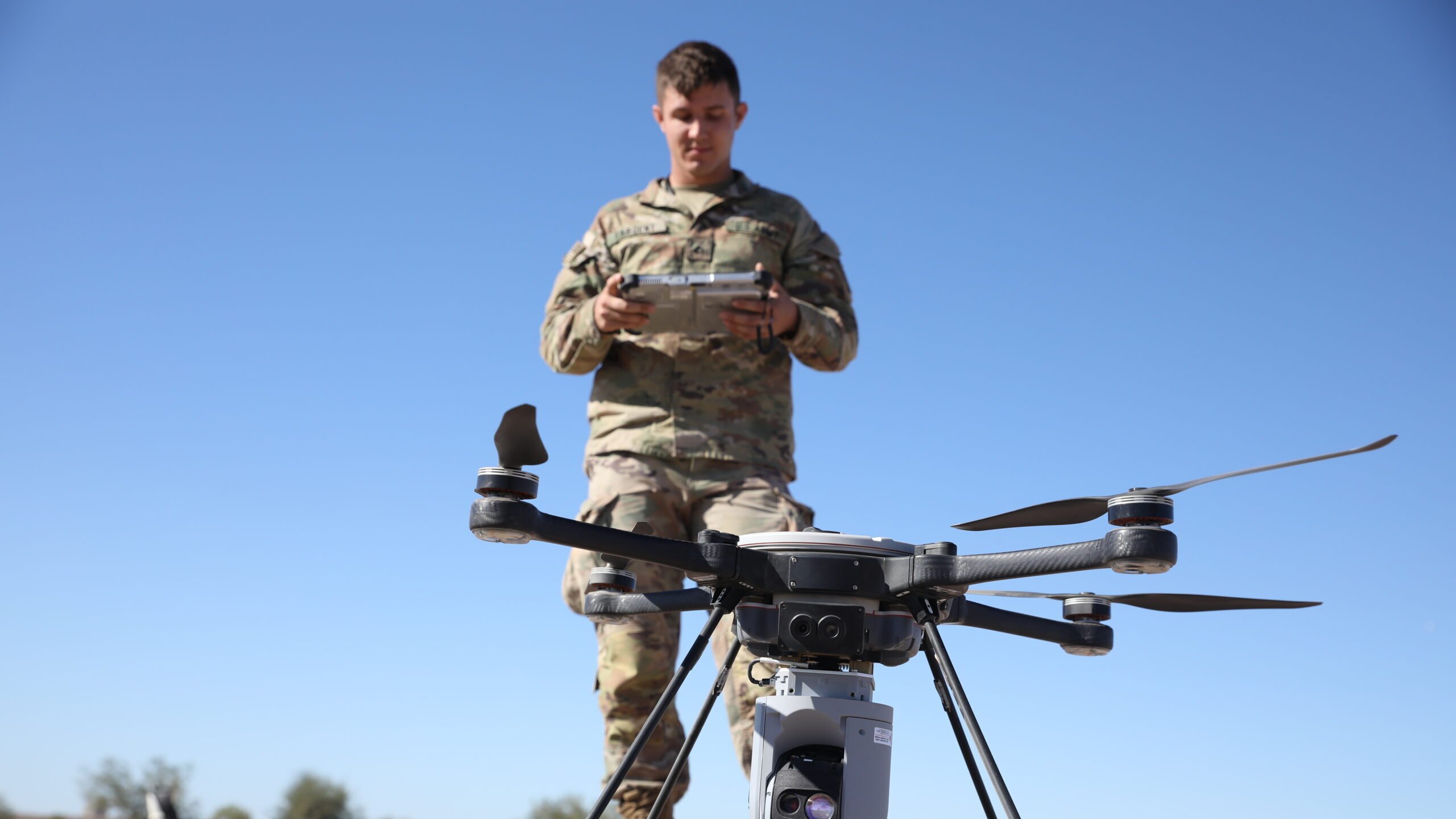 Unmanned Aerial Systems were part of the PC21 events at Yuma, (US Army/Marita Schwab)

The third scenario centered on the military’s response to the missile attack after the fact, with the US force using joint fires to respond to track and strike the missile’s point of origin.

While the scenario worked to integrate different fire options for a joint force commander to provide them with that “optionality” the Pentagon wants leaders to have with JADC2, it also scrutinized “simultaneity,” Abadie said.

“We tried to evolve that idea of optionality to simultaneity. So now instead of saying, ‘Hey, there’s four options,’ now let’s say, ‘Hey, you can do two of them at the same time,’” Abadie said. “Now I’m realizing this idea of providing the enemy multiple dilemmas — simultaneity. And so we want to explore that. That’s hard too. It’s hard to be able to say two different services are going to do something similar at the same time.”

What’s ultimately important for the joint force, McConville said, is accelerating the decision-making process for a combatant commander. The military needs to use the joint infrastructure to find targets, pass that data to the right command and control system, and quickly into the best weapons system to fire, he said.

“We want to provide the combatant commander with multiple options of different types of forces that can work together, really to deter any strategic competitors in the region,” McConville said. “And that’s what I’m seeing.”

As Army and Joint Staff leaders now sift through the results of this year’s event, Project Convergence 22 is already in the early stages of planning. Next year’s event is going even broader and will focus on connecting the advanced warfighting systems and concepts to coalition partners — a scenario certain to reveal even greater technological complexity issues.

“Next year, we’ll have coalition partners,” Abadie said. “The Army doesn’t fight alone …  So we need to work the ability to partner.”

There are already known challenges to linking joint force networks with allied networks that the Army will have to work through. US military officials have acknowledged that security classification poses a major issue in passing data from US battlefield networks to allies because tactical networks run on the classified level. 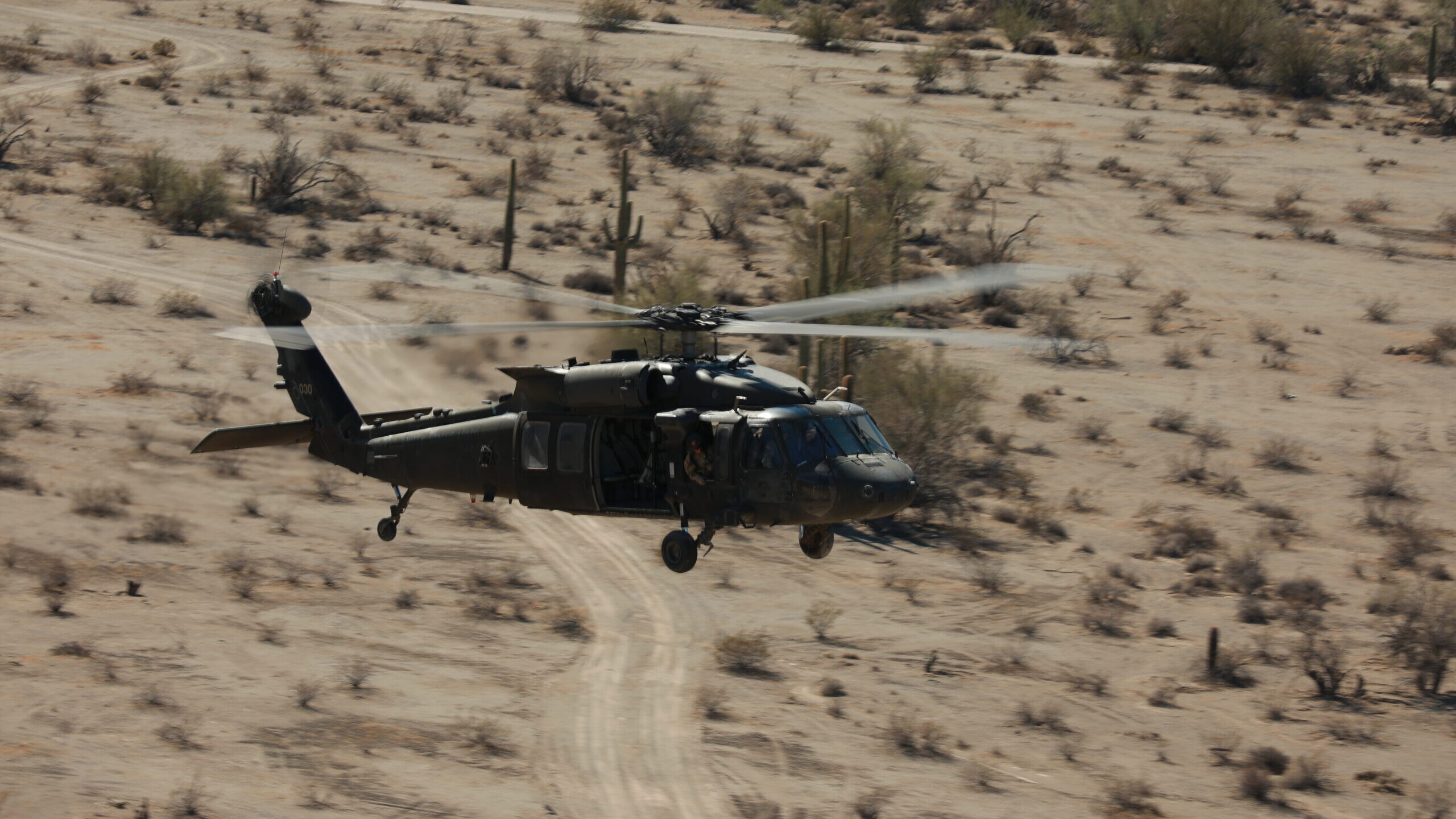 Wormuth said that including Five Eye partners — Australia, Canada, New Zealand, and the United Kingdom — for PC22 would be a good starting place for next year because of the intelligence sharing relationship the US already maintains with those countries.

As for how long Project Convergence will go on, Army officials stressed that the event will continue to hold value as long as the service is continuing its modernization effort amid its pivot to more advanced warfare against near-peer threats.

Wormuth said that there will be an endpoint one day, perhaps even in less than 10 years, but for now, the annual experiment needs to continue as concepts develop and technology advances.

“Frankly, we went for 20 years as a joint force without a lot of experimentation, without paying a lot of attention to innovation because we were so busy with the COIN [counterinsurgency operations] and the counterterrorism fight,” Wormuth said. “As a result countries like China made a lot of progress in those intervening years. So I think we have quite a bit still of experimentation and innovation to do.

“My own sense coming out of this cycle is that, you know, certainly I think we need to continue Project Convergence for a while longer.”