ABERDEEN PROVING GROUND: The Army knows it needs to build new mobile command centers. The current system is too large, too slow to set up or move, emits a great deal of heat and noise and spectrum, and is hard to tear down. In other words, they will make excellent targets for an advanced military using electronic warfare and other means to find and target them.

So the Army has begun testing an interim solution — the Command Post Integrated Infrastructure (CPI2) System — which can be set up much more quickly, connect wirelessly, operate in a dispersed manner and then be taken apart and moved quickly to avoid being targeted.

The Army has been exercising new configurations of a group of vehicles since May, and last week, Breaking Defense was given exclusive access to Aberdeen Proving Ground to see CPI2 in action, as the service prepares for a divisional-level exercise in the fall.

It’s a complex venture, using new servers, wiring, tactical commercial radios, generators, antennas (including those for low- and medium- earth orbit satellite communications) and a great deal of software, as well as vehicles.

“And they also provide an intra-vehicle wireless solution, as well as a inter-vehicle wireless solution,” said Lt. Col. Jeremy Rogers, who oversees the CPI2 effort. “That the nodes would talk to each other wirelessly as part of our requirement. That is because the Army capability managers see the need for the command post to disperse in future combat environments, and to do it quickly.”

“So, instead of being a single location that an enemy can target and potentially take out with one barrage of artillery fire, you would have the command post vehicles separated by that distance to keep them survivable in the case they were targeted. And that’s what that wireless capability is designed to provide.”

The Command Post Computing Environment, a group of servers and software which ties together much of the command post, was tested during the Joint Warfighting Assessment 21 when troops from the US, UK, Australia and Canada used the system at Fort Carson, Colo., Schofield Barracks, Hawaii, and Joint Base Lewis-McChord, Wash. The exercise was set in a notional Indo-Pacific “in 2028 to demonstrate and assess the Multi-Domain Operations concept and support integrated Mission Partner Network capabilities,” as an Army story about the exercise puts it. Results from that test aren’t in yet. 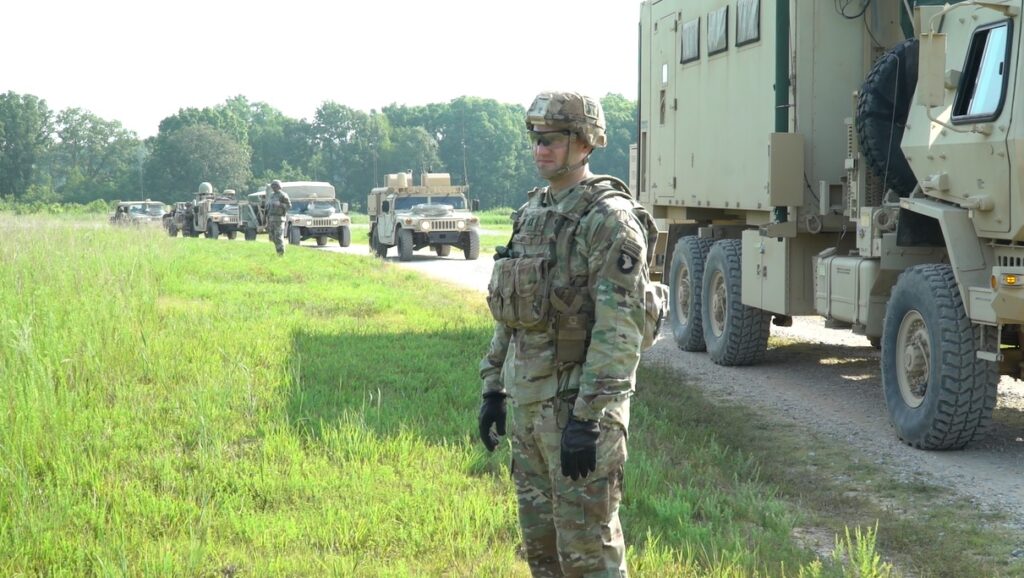 Since then, the Army completed its first operational assessment of the Increment 0 with the 2nd Infantry Division’s 2nd Stryker Brigade Combat Team at the annual Bayonet Focus Exercise completed on July 28.

The capstone will be a divisional level test with the Fourth Infantry Division at Fort Carson Oct. 26- Nov. 5.

A key part of the new system is the Unified Voice Management System, which will take data from tactical radios and share it so that soldiers can radio in and the system can convert it using Voice Over Internet Protocol.

All the shelters in the new system come pre-wired for workstations, which helps eliminate much of the setup time — anyone who has ever been to a command post for the last 15 years knows how much electrical cabling runs around the tents. And the use of pop-up shelters instead of tents makes quite a difference as well.