Conceptual art of Joint All-Domain Operations as being demonstrated at Northern Edge 21 (designed by Lockheed Martin).

For Joint All Domain Command and Control (JADC2) to become a reality, the services must accelerate integration between intelligence, surveillance and reconnaissance (ISR), command and control, and fire control systems. According to DoD and industry officials, the use of artificial intelligence and machine learning (AI/ML) in a standards-driven environment will be crucial to making necessary advancements.

Melding these technologies together was one of the main objectives of the Northern Edge 21 exercise that took place in the first half of May in Alaska. The goal of the exercise was to show that U.S. forces can operate in a joint all-domain environment (JADO) against near-peer/peer competitors like China. As such, it was not a coincidence that U.S. Indo-Pacific Command and other Pacific-based forces from the Army and Air Force took the lead in the exercise aimed at this potential Pacific adversary.

One of the ways that industry is helping the Defense Department accomplish that is by developing machine-to-machine interfaces to connect the Army and Navy in a key precision fires mission. This is something that Lockheed Martin demonstrated at Northern Edge 21.

The company’s goal was to advance new solutions to help INDOPACOM deliver synchronized lethal and non-lethal effects no matter the service, no matter the military asset so they can make decisions faster than their adversary.

“Our defense customers talk about the need for a joint all-domain solution that ties together sensors and shooters to allow decision dominance and overmatch,” said JD Gainey, Lockheed Martin’s C4ISR senior manager. “This is hard to do on a grand scale. Our approach has been focused on combat mission systems, interfacing them to enhance the kill web, and along the same timelines that INDOPACOM requires.”

An Asymmetric Edge for Decision Dominance

Improving the sensor-to-shooter scenario through what Lockheed Martin demonstrated at Northern Edge 21 is all about giving U.S. military services and coalition partners an asymmetric edge so that commanders can make better and faster decisions even with imperfect information.

“(It’s) about machine learning, artificial intelligence, eventually quantum computing—the speed at which they’re able to operate, and really the speed at which they’re able to go through data and make logical connections and inferences,” said Murray. “(It’s) the ability for a commander to make a good decision, not a perfect decision, faster than their opponent on a future battlefield. So I actually see that the decision dominance piece as much bigger than the targeting piece of it.”

Army Chief of Staff Gen. James McConville calls that “decision dominance” as described in his March 2021 report entitled Army Multi-Domain Transformation: Ready to Win in Competition and Conflict. It describes an expanded battlefield—coupled with short-, mid-, and long-range precision fires to engage and destroy adversary land, air, and sea capabilities—that necessitates a transformation of how command control is executed at every echelon.

“Decision dominance is a desired state in which commanders sense, understand, decide, act, and assess faster and more effectively than their adversaries,” the report states. “Decision dominance is enabled by convergence, the ability to see, sense, communicate, shoot, and move at speed and scale, connecting all sensors with the best shooter and the right C2 node.”

An example of this is the Missile Defense Agency’s (MDA) Command, Control, Battle Management and Communications (C2BMC) program. By integrating regional, theater, and national commands into a single, strategic C2 weapon system, C2BMC provides a global view of the battlespace. This enables commanders at all levels to systematically plan, collectively see and dynamically manage designated networked sensors and weapons systems to achieve global and regional mission objectives.

Operationally fielded since 2004, Lockheed Martin is the C2BMC team lead and has been evolving C2BMC so that MDA can connect to U.S. armed forces at 33 locations worldwide, including U.S. Strategic, Northern, European, Pacific, and Central Commands. The company continues to improve the program’s decision making by demonstrating AI/ML in areas such as hypersonic path prediction and battle management aids.

“The services must also have the ability to make fast upgrades to platforms without worrying about vendor lock, which is why we’re continuing to advance and demonstrate those capabilities through solutions that leverage open architectures like Open Mission Systems standards,” said Stephanie Hill, Lockheed Martin’s executive vice president for Rotary and Mission Systems.

Better decision making is also one of the rationales the DoD cited when it stood up the Joint Artificial Intelligence Center (JAIC). In addition to accelerating the delivery and adoption of AI and scaling the impact of AI across the DoD, the JAIC’s mandate also includes developing partnerships with industry, academia, allies, and partners. 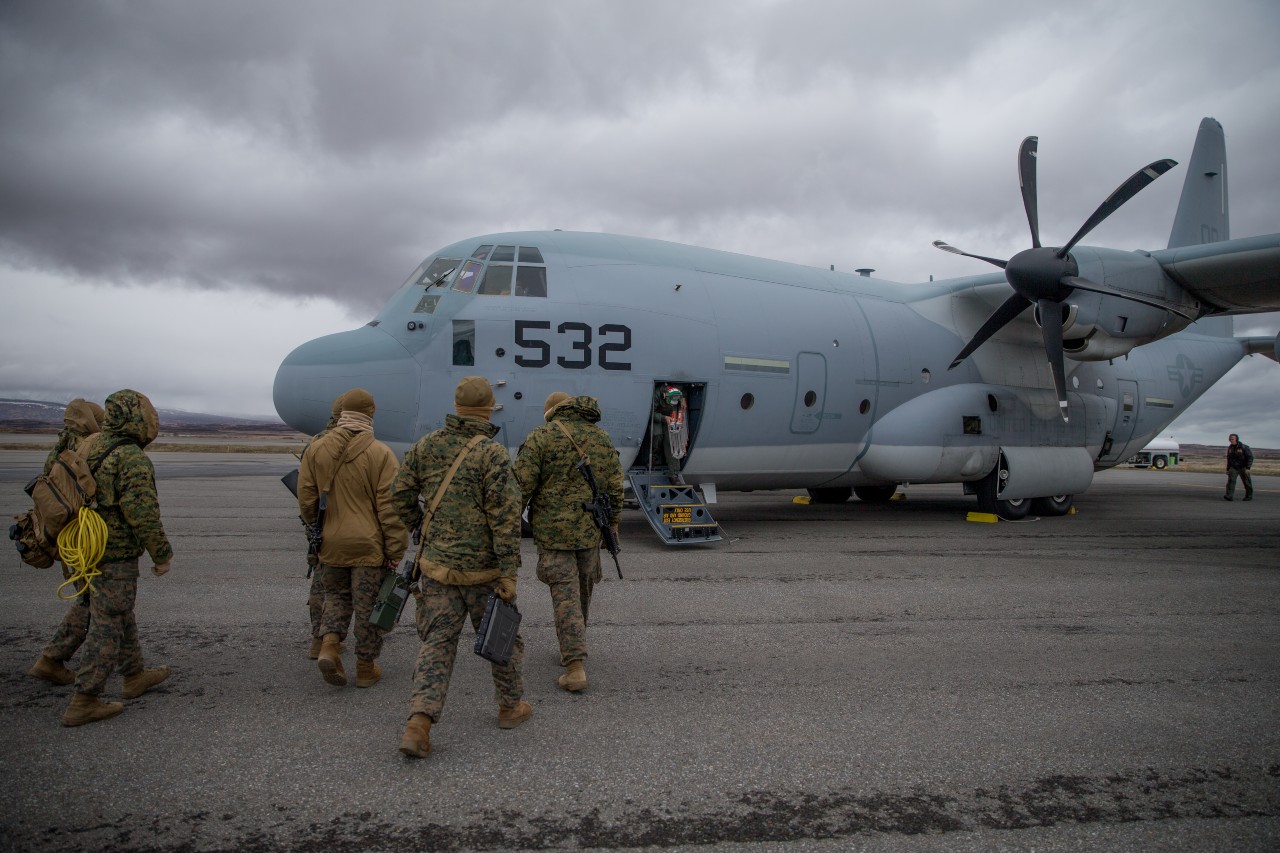 Companies like Lockheed Martin also recognize that the AI/ML technology space is rapidly evolving with the commercial world leading the way. The company is tying current core programs to future military requirements by focusing on four key AI areas: battle management command and control for cognitive battle management; ISR for decision-making; AI supporting autonomous mission systems; and training and sustainment for real-time mission integration across platforms, as well as predictive health and maintenance.

“That’s why our LM Ventures team, our venture capital arm, has been working to source innovative technologies coming from the startup world,” said Hill. “To date, about 40 percent of their investment dollars have gone to pursuing software for explainable AI, advanced sensor tech for data generation, as well as high-performance computing for edge processing.”

Experimentation is the Key to Decision Dominance

JADO exercises like Northern Edge 21 and the Army’s first Project Convergence experiment in 2020 are vital to helping the military develop the requirements for the all-domain systems it intends to field against near-peer/peer competitors.

“We’re in the experimentation mode to understand what technology can and can’t do,” said Murray. “In labs and in field exercises like Project Convergence, you bring everything together to see what works and what doesn’t. This is a journey to see what’s possible.

“(Once) we understand the technology, understand the integration challenges, (and) understand how to make these things work together, (that’s the time to) write the requirements document for what it is we’re going to build. I don’t think it will ever be perfect, it just has to be better than our opponents are doing.”

Industry is participating on the military’s path to learn through experimentation.

For the past three years, for example, Lockheed Martin has been working with INDOPACOM and European Command through a crawl, walk, run approach through joint exercises such as Valiant Shield 2020 that included the Navy, Army, Air Force, and Marine Corps. In that exercise, a virtualized Aegis Weapon System was used to conduct a joint, multi-domain demonstration that gave operational and tactical troops shared battle management and C2 capabilities and enhanced situational awareness.

“We’re advancing solutions to help achieve one of the military’s main goals–delivering synchronized lethal and non-lethal effects from near-and-far, every axis, and every domain,” said Hill. “Together, we are building a distributed network of the virtualized Aegis weapon system C2 nodes to assist the warfighter in coordinating digital force orders.

“Industry’s willingness to invest, assume risks and innovate is directly reflective of our military customers’ willingness to collaborate on concepts of operation, conduct operational analysis and experiment with us. The government should continue conducting industry engagements to inform us about current challenges and future concepts where they need solutions. And industry must be ready to act.”