The Missile Defense Agency (MDA) is reportedly finishing its study of command and control architecture options to best defend Guam, the farthest outpost of our homeland. This new C2 system must have three features: an open architecture, the ability to bring different services’ radars and interceptors together, and disaggregation.

Since leaving Indo-PACOM to pursue other adventures, I’ve watched as Adm. Phil Davidson, my successor, not only picked up where I left off, but has raised the bar in significant ways. He rightly characterized Guam as part of the homeland and the most important forward operating facility in the Pacific. He called for a $27 billion “Pacific Deterrence Initiative” to enable the “up-gunning” of missile defenses of Guam. Not only is Guam “where America’s day begins,” it could be the first target in an attack against the rest of the United States – from Hawaii to the West Coast to the Eastern Seaboard. 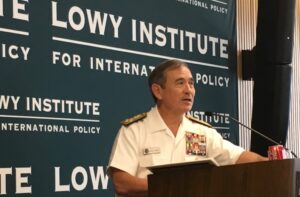 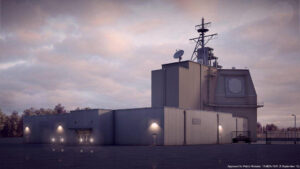 Davidson has advocated defending Guam with Aegis Ashore. However, an Aegis Ashore modeled after the ones in Romania and Poland would have limited capability against air-breathing cruise missiles. MDA Director Vice Adm. Jon Hill recently said as much. An advanced Integrated Air and Missile Defense Aegis Ashore could succeed, but it would need an advanced and joint command and control architecture to bring other platforms into the fight.

The breadth of today’s missile defense systems offers INDO-PACOM’s commander attributes and challenges. Integration of systems — leveraging the strengths of each — becomes critical. The essential attribute of this integration will be an open architecture to ensure interoperability of current and future radars and interceptors across the dservices.

While choosing the right system is challenging, it’s a nice problem to have. I am not advocating for any specific system, but I am emphasizing the need to get on with it and for Congress to allocate funds for the Pacific Deterrence Initiative.

Second, whatever the “it” is, ensure it is persistent, scalable, robust enough to tackle the full spectrum of incoming endo- to exo-atmospheric threats, able to discriminate incoming missiles early in their launch, networked across different service systems, disaggregated to get at the problem of scale, which in turn, increases resiliency, and — perhaps most compelling design it so it can be upgraded at the speed of “patch Tuesday” (i.e., IP-based, “pub/sub” open architecture).

After Pearl Harbor, the U.S. led the free nations to defeat the Axis in less than four years. In 1962, President Kennedy’s delivered his “we choose to go to the moon” speech and, less than seven years later, the U.S. put a man on the moon. The U.S. developed vaccines to defeat the coronavirus in less than one year — another “moonshot.”  We should easily be able to develop a robust system of systems to defend the outer reaches of our homeland in five years. And we must shed our proclivity for service-stovepiped approaches and opt for service-agnostic missile defenses. If we are successful, we will present considerable dilemmas to our enemies. If not, we will lose.

Just as the U.S. – no longer constrained by the self-imposed limitations of the Intermediate-Range Nuclear Force Treaty – can now think outside the box, offensively, to place at risk our enemies in ways we could not before, we now must think beyond service stovepipes to protect our homeland against enemies who are relentlessly innovating to place us at risk. We must not be constrained by old think and self-limited by resources.

Harry Harris, former commander of Pacific Command and U.S. Ambassador to South Korea, is an advisor with Stellar Solutions, Inc.